Our friends at Sublime have posted an interview with Pete, in the run up to the forthcoming gig in Regensburg in Germany on April 7th ,  where he reveals some of the influences on the forthcoming Bickers & Fij album, as well as his tips from the underworld of the Brighton music scene, as well as memories of Creation, Adorable, Polak, and what he gets up to in his spare time when he isn't playing melancholic music with Mr Bickers. 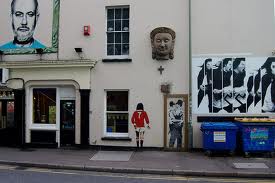 The special Pete Fij / Terry Bickers hotline has rung and our two intrepid downbeat superheroes have been invited at short notice to appear as support for The Sleep Room this Wednesday 14th March at the Albert, Trafalgar St, Brighton.

For those of a Facebook persuasion, you can visit  the event page here.
Posted by Pete Fij / Terry Bickers at 02:06 No comments: