Following their two sell out shows in Brighton, Pete & Terry will be journeying up the train line to the bright lights of London where they will be playing at Heavenly's The Social (Oxford Circus) on Monday October 28th.

Both Brighton Shows SOLD OUT 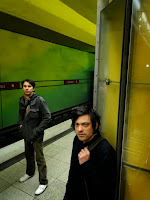 Both the Brighton Bom Banes shows are now sold out. Many thanks to everyone who bought tickets. You can next see Pete & Terry in London on October 28th at The Social (Oxford Circus) in London - tickets are available from here. Facebook event etc will be added shortly.

Like the Pete Fij / Terry Bickers Facebook page to be kept informed of the duo's gigs and releases. 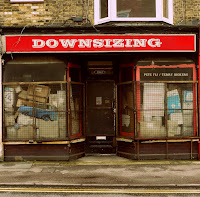 Pete Fij & Terry Bickers announce the release of their new single 'Downsizing' which will be made officially available on October 28th (which will be known as 'Downsizing Day').

A special pre-release MP3 download is available now from the Pete Fij / Terry Bickers Bandcamp page on a special 'Pay What You Want' basis - so whether you are a prince or a pauper you can own a little piece of Pete & Terry in your very own digital file.

"It's a song for the current climate of cutbacks - how the austerity measures in the economic world mirror those in some people's private lives"  said economic spokesman Pete Fij.

The single comes with an accompanying video directed by Mr Fij, made up of stills sent in by fans as well as photographers Pete contacted specially for the project. An article devoted to the video will appear on the site in the next few days.

As befits the subject matter the single is being promoted with a downsized marketing budget - so far it's been £3 for a photoshoot in a passport photobooth. Any offers for ways of promoting the single  will be greatly received, as messers Bickers & Fij see if it is possible to have a worldwide #1 hit single on a £3 marketing budget! So if you can help in any way, please lend a downsizing hand.

The duo are also performing 'Pay What You Want' shows in Worthing  on Tuesday September 24th and Brighton (2 shows, 7pm & 8.30pm) Sunday September 29th. Please note the second evening show for Brighton is now SOLD OUT, but tickets are still available for their early evening performance at 7pm.

The duo are also headlining a London show on Monday October 28th at The Social, Little Portland Street, (Oxford Circus). Tickets are available from here from Ticketweb

Don't forget you can keep up to date via the Pete Fij / Terry Bickers Facebook page. 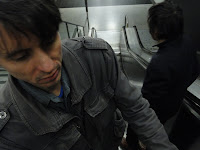 Pete & Terry's Brighton Bom-Bane's show at 8.30pm on 29th September has now sold out, but a special early evening show on the same night has now been added, and the pair have also announced a Worthing show on Tuesday 24th September at Bar 42.

Both gigs are  'pay what you want' affairs in keeping with the 'Downsizing' theme of the single, so fans from all income brackets can attend.

It is strongly recommended to get tickets in advance to avoid disappointment.

Brighton (Sun 29th Sept) early show doors are at 6.30pm, with the duo on-stage at 7pm. Tickets are available for the Brighton show from wegottickets here

'Pay What You Want' Brighton Show 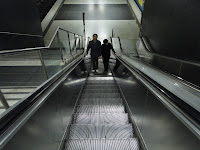 To celebrate the imminent release of their new single 'Downsizing' (details to follow) Pete & Terry will be doing a very special 'Pay What You Want' show at the hidden gem of a venue that is Bom Banes in Brighton on Sunday 29th September at 8.30pm. Just visit the Wegottickets site and choose how much you would like to pay - anything from nothing to £100!


Mr Fij said "We know how times are tough for a lot of people at the moment, so we thought in keeping with the subject of the song ' Downsizing' we would make the gigs as accesible to everyone regardless of how much money is in their pockets - so both paupers and kings can come and rub shoulders together, to a sound-track of downbeat melancholia."