Pete finds himself at Latitude 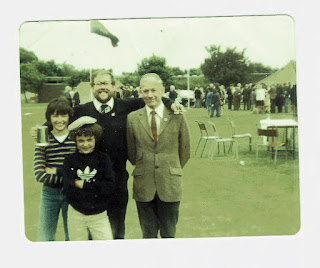 Pete will be appearing at this year's Latitude Festival (Thursday 12th - Sunday 15th July) giving a talk called 'Things I Have Found In Books' as part of the Lavish programme on the 'In The Woods' stage during the festival weekend. Here is the official spiel:

By night Pete Fij(alkowski) is a singer-songwriter formerly with Adorable (Creation Records) & Polak (One Little Indian) who is  currently working with House of Love / Levitation guitarist Terry Bickers  on an album set for release in Spring 2013. By day he sells second-hand books . In 'Things I Have Found In Books' he talks about some of the forgotten objects that he has discovered amongst the pages of the paperbacks that he sells on Brighton beach - lost photos, shopping lists and letters. Using slides he guides us through the sometimes funny, and sometimes poignant flotsam & jetsam of these forgotten atrtifacts.


Pete will be onstage as part of the Speaky Spokey programme at 6.30-8.30pm on Friday 13th July, and at  2-4pm on Saturday 14th July. Sadly Mr Bickers will be on another continent, but Pete will be with his trusty sidekick Electricty Board, the teddy bear he found in the street when he was 6, and will be performing his song 'Lost & Found' inspired by all these misplaced objects.


You can visit the Pete Fij / Terry Bickers Facebook page, where Pete will be taking advice of what else he should go and see whilst he's at Latitude..