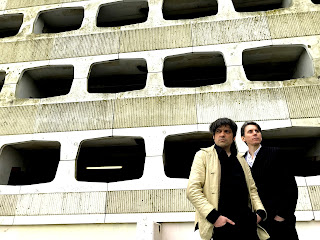 We are delighted to announce that our Kickstarter campaign for the new album ended with a fantastic £10,772 pledged.

Thankyou to all who have helped.

"I want to say sincere thanks to all those who have contributed to our album fund. I am extremely grateful for your generosity. If you bought an album as part of your pledge I hope that you get many hours of enjoyment listening to it." - Terry

"Wow, wow, and triple wow. I was initially wary about doing a Kickstarter thing, but there's a genuine connection with those who support us which means such a lot. I feel slightly humbled by people's generosity and kind words. A lot of love went into this album & it means an awful lot to me - I hope it will to you too" - Pete

The new album 'WE ARE MILLIONAIRES' is released in July
Posted by Pete Fij / Terry Bickers at 00:21